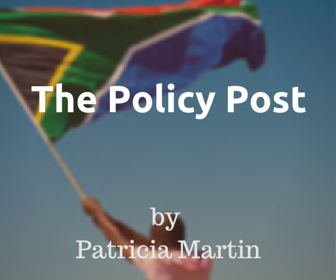 Once again, we have come to that time of the year where all eyes turn to the Annual National Assessments (ANAs) and National Senior Certificate Examinations. Traditionally, these are viewed as the two leading indicators of the progress we are making as a country to turn our poor education record around.

The ANAs will be written next week and 8,6million children in Grades 1 – 9 will be tested on their language and maths knowledge.

The Department of Basic Education (DBE) recently briefed the Education Parliamentary Portfolio Committee on preparations for the exams and ANAs.

The concerns raised were ones we have heard over and over again: persistent inequities in educational outcomes across quintiles and provinces, and the pressure on educators to promote children who are not ready to the next grade, which only serves to compound these inequities.

DBE responded with information about measures to support poor-performing learners and learners that have progressed before they are ready to do so. Whilst these measures are of course all very welcome, it’s a case of too little, too late.  The real solution is long-term and foundational.

We are NOT going to see fundamental shifts in patterns in educational inequities until we have a strong publicly-funded, equity-driven national ECD system offering.  Perhaps even more importantly, we need guaranteed access to ECD services of the highest quality by children experiencing the greatest disadvantages in their early years.

This is recognised at the highest policy level in South Africa and has driven and sustained the momentum behind the national ECD policy currently in development. However, insights provided by the recently published Auditor-General’s (AG) Education Sector Report, point to a persistent gap between our country’s high-level policy recognition, aspirations, and priorities, and the practices we are seeing on the ground at provincial, local and school level.

The AG’s report gives us clear insight into the gap between policy intent and the reality on the ground, as well as the consequences for education in the country. The policy-based Grade R target was that, by 2013, 92 percent of Grade 1 learners should have attended Grade R in 2012. The audited public school Grade R enrolment figures are not only substantially lower, but in fact dropped between 2012 and 2013 from 69 to 65 percent between 2011 and 2013. Why? These are just some of the reasons:

When one delves into the figures behind these conclusions, it is evident that the inadequacies remain more pronounced in historically disadvantaged provinces and quintiles. For example, whilst 56 percent of Gauteng’s Grade R teachers did not have the minimum qualification, in provinces such as  KwaZulu-Natal (KZN), the Eastern Cape and Limpopo, the percentages are much higher – ranging from 83 percent in KZN to 100 percent in Limpopo – where none of the Grade R teachers have a minimum qualification to teach Grade R.

Similarly, when one looks at the budget per Grade R learner, not only does one see that across all (but one) provinces, the budgeted amount declined between 2012 and 2013, but that there are huge inequities across the provinces, with much higher amounts allocated in wealthier provinces and low amounts allocated where the need is the highest. For example, Gauteng spent just under R6000 per Grade R learner in 2013, whereas the Eastern Cape spent less than R 2500 and KZN less than R 2 000 per learner. The one exception to this pattern is the North West province, where not only did the province spend the same per child as the Gauteng province, but it also dramatically increased its Grade R spend between 2012 and 2013.

Clearly this situation needs to change through real increases in Grade R advocacy, Grade R per-learner budgets and training of practitioners at a provincial level, and from a system’s perspective, mechanisms must be put in place to guarantee provincial equity and accountability to national policy priorities and targets.

On another level, these lessons emerging from the Grade R experience must be heard and taken to heart in the development and implementation of the national ECD system. Unlike the Grade R roll out, the emerging national ECD system does not have the benefit of an existing system and infrastructure to build on, and thus the margin for error is much wider. The systems that are built to support the national ECD system must be stronger and sufficiently robust to ensure that we do not see a massive gap between policy intent and the reality on the ground. 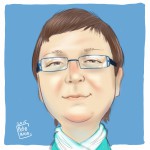 The Policy Post is written by Patricia Martin. Patricia is the director of Advocacy Aid, a consultancy that provides advocacy support to the development sector. She has   worked as a child rights advocate and policy analyst for more than a decade and has a special interest in ECD policy and programme development and monitoring.