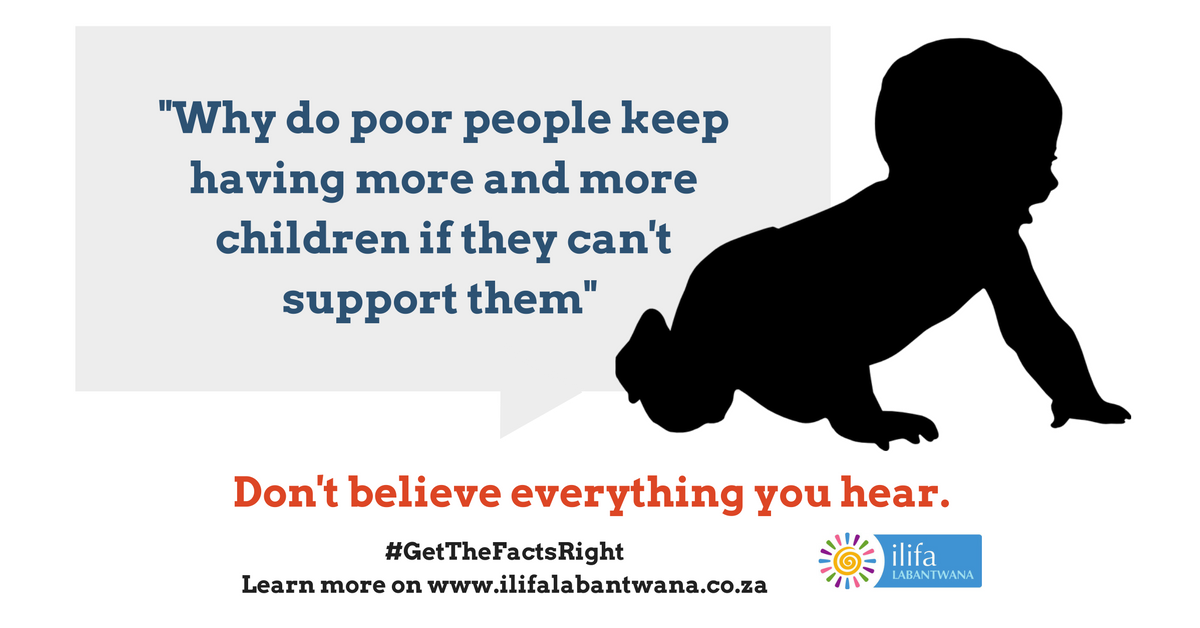 The Myth 2: Poor people keep having more and more children, SA’s tax payer base cannot just keep on supporting them.

The Fact: The population of young children in South Africa has not grown substantially over the past decade – showing that poor households are not, in fact, having increasing numbers of children. The number of children under 6 years in SA, is steady at around 6 million.  The number of births per women in SA is 2.4 – just under the 2.5 world average, and far lower than 5 birth/woman average in Sub-Saharan Africa.