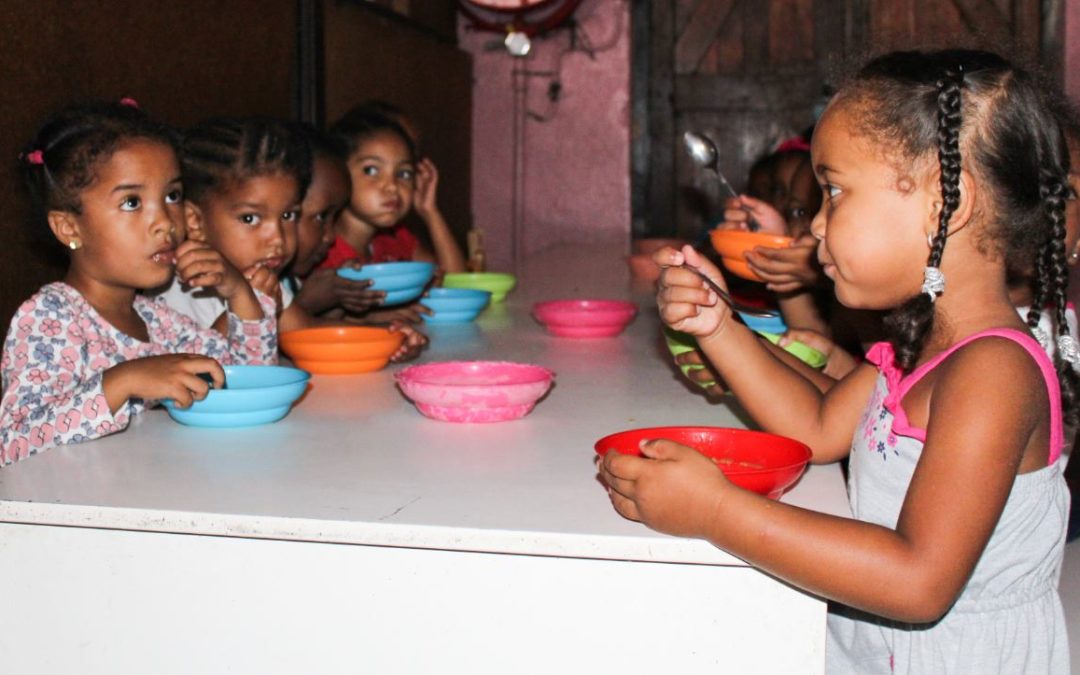 Returning to work following the December break, my colleagues at the Zero-Stunting Initiative and I, began to share stories of how our families view the work we are doing to tackle widespread and chronic undernutrition in SA. Stunted children are short-for-age because they don’t get enough of the right foods, and this affects their ability to learn. When one colleague mentioned that her aunt had asked, “Will Africa ever catch up?”, the room fell silent. We could only respond with a sad “mmmmhhuuu.” Will Africa, will South Africa ever have solutions to address major obstacles to learning?

An estimated one million children started school this year. National and provincial governments are making an impressive investment in education. In 2017, the national treasurer allocated R232-billion of the national budget to basic education – making South Africa’s rate of investment in basic education one of the highest in the world. Generous citizens are doing their part by donating much-needed school uniforms and shoes. South Africa’s children must therefore be some of the best performing students in the world, right? Wrong!

While South Africa is making a substantial financial input into education, the output is dismal. Recent research at University of Stellenbosch found that 58% of learners in Grade four were unable to read with understanding. For every 100 learners who start Grade 1, 50% do not reach Grade 12. In 2014, educational researcher Nic Spaull found that of the 1 111 858 children that started Grade 2 in 2003, only 562 112 were in grade 12 in 2013.

Could this be the law of diminishing returns coming into play? The amount of money invested in education has not increased students’ performance because we are not addressing a fundamental issue that lies at the heart of South Africa’s education challenges and our children’s ability to perform, let alone, excel in the classroom.

Stunting, which results from poor nutrition and disease, affects over a quarter of children under five. The phenomenon is called stunting because children affected are short for their age, compared with healthy children in the same population. But short stature is the least grave of the many effects of stunting. Stunted children are unjustly deprived – not only in terms of reaching their full growth potential – but more crucially, of achieving their full cognitive potential.

Stunted children start school with reduced capacity for learning and processing new information. The impairment to brain development caused by stunting in early childhood persists later into life. There is a substantial body of research showing that children stunted at the age of 2 years are severely disadvantaged in terms of their learning ability for the rest of their lives. They tend to start school later, perform worse on tests for reading and intelligence, achieve lower grades and are more likely to drop out of school than their non-stunted counterparts. In adulthood, they tend to live in poorer households, attain lower occupational status, earn less, and suffer higher rates of diabetes and obesity.

Our public investment, and the active involvement of thousands of volunteers in schools reflects the fact that our nation is seriously worried about education. We understand that it is the key to the economy and the means to overcome the injustices of apartheid. However, stunting undermines our commitment to education. Even if we had the most expert teachers, the perfect curriculum, and best teaching methods in the world, our children would not thrive if they continued to enter school intellectually disadvantaged. What is the value of buying school uniforms and shoes, if we are neglecting the most important stage of a child’s development and growth?

If the nation wants to take education and economic growth seriously, it needs to tackle nutritional stunting head-on. We must confront the drivers of stunting in the critical first 1 000 days of life – that is, the period from conception to age two. Children need a healthy environment with good nutrition, love, stimulation, and access to healthcare services. We can start with supporting and promoting breastfeeding in our neighborhoods. Breastfeeding is protective against many childhood ailments (some of which, like diarrhoea, are direct drivers of stunting). Breastfeeding is even associated with slightly higher IQ scores. Improving our low breastfeeding rates is one sustainable way of giving our children the right start.

My colleague’s aunt asked, “Will Africa ever catch up?” We fell silent because we know that the answer can be yes, but only if we can bring an end to childhood stunting. Only then will it be possible for South African children to enter school with their full potential to learn, instead of being robbed of their chances of becoming champions even before the race begins.

This Op-Ed was written by Sinikiwe Mqadi, who is the communications officer of the Zero-Stunting Initiative. It was originally published in the City Press.